Partnerships & Prevention: A Path to Peace 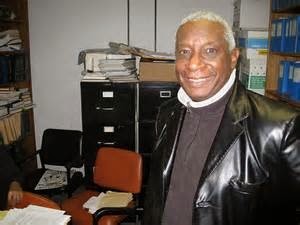 Ron Scott, an activist and media personality for over forty years, will discuss his successes at the Citizens for Peace meeting on Tuesday, August 12, 2014 at 7 pm at Unity of Livonia, 26880 Five Mile Rd. Livonia. (East of Middlebelt).
Ron Scott is the spokesperson for Peace Zones for Life, an organization which provides support to Detroit neighborhoods to create safe and viable communities.  They take a holistic approach including residents of all ages, especially the youth, as well as local businesses, religious and government institutions.   Through the practice of Peace Circles, residents are taught methods of conflict resolution, and intervention is taken with youth who have or are at risk of engaging in violent behavior.
Citizens for Peace member Ann Abdoo will also talk about the Youth PROMISE Act, that when passed by Congress will greatly help organizations like Peace Zones for Life.


Scott is a well-known co-host on CW50 public affairs show, “For My People.” He also was the producer/co-host on WDTW-1310 AM radio program “Fighting for Justice,” and one of the first producers of the public television program “Detroit Black Journal.” Currently he serves on the Board of Directors for the Boggs Center to Nurture Community Leadership, founded by Grace Lee and James Boggs.
Posted by colleen mills at 1:49 PM No comments: