The Argument for Nonviolence: Speaking to the Heart AND the Head"

Join us for our June 12, 2012 Citizens for Peace Meeting 7 o'clock at Unity of Livonia

Mary Hanna, Operations Manager for the Michigan Peace Team,  will present the case for nonviolence by offering the strategic and statistical contributions of nonviolent social action, as well as recounting individual, personal stories of successful nonviolent peacemakers. An engaging speaker, Mary is able to connect with people from all walks of life.  Her emphasis is on encouraging others to consider nonviolence as a way of life by appealing to both the heart and the head. Hearing the stories of  Sophie Scholl, Captain Mbaye Diagne, Badshah Khan, Julia Buttefly Hill and Chiune and Yukkiko Sugihara will touch our hearts.
Posted by colleen mills at 1:49 PM No comments: 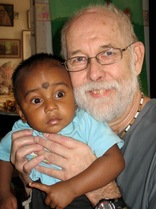 Here's the link to the great talk Robert Weir gave at our May meeting.
A big "thank you" goes out to Kevin 'Mr. Peace' Szawala for recording this !!

http://www.youtube.com/watch?v=ZdolEGsQeVU
Posted by colleen mills at 6:14 AM No comments:

How will you observe Memorial Day 2012?

Ninety nine percent of American families spend Memorial Day getting together and having a barbeque or picnic.  Thinking of the warm summer days ahead with anticipation of vacations, walks on the beach, bonfires and concerts under the stars, makes Memorial Day the kickoff of good times ahead.

One percent of American families understand the meaning of Memorial Day.  They are the families with members who have volunteered to serve our country in the most unselfish way in our military.  Let’s support them this Memorial Day.

Michigan citizens have the opportunity to join with military families and visit the Arlington Michigan display to observe Memorial Day in a special way.  The Citizens for Peace is sponsoring the Veterans for Peace display comprised of symbolic markers, with the name, rank, age and photo of each fallen Michigan military man or woman who gave the ultimate sacrifice to our country.

Created by the Michigan “Veterans for Peace” several years ago, Arlington Michigan was in Livonia for the first time last year on Memorial Day.  People came by all day and reflected on the cost of war.  One of the visitors was a Lathrup Village police officer and his wife. They stopped by to find the cross of Sergeant First Class, Matthew Lee Hilton, a Livonia resident.  He was killed in action at age 37, in Afghanistan June 26, 2008.  He was an Army National Guard Soldier from Selfridge; and was a Lathrup Village Police Officer.

Last year the Civic Center Park was renamed to honor Livonia police officer Larry Nehasil, who was killed on duty, on January 17, 2011. This year there will be chairs for visitors to sit and reflect on love, service, courage, war and peace.  Everyone is invited to stop by and consider the cost of violence, whether in war, or on the streets in our country.

Volunteers from Veterans for Peace and Citizens for Peace will be at the Larry Nehasil Park from 9 am. to 6 pm. Memorial Day, Monday, May 28th.  The park is located at 33223 Five Mile Rd. on the South side of Five Mile Rd., East of Farmington Rd.

(The photo shows the Citizens for Peace and Veterans for Peace members holding the banner at the 2011 Arlington Michigan.)

Posted by colleen mills at 10:36 AM No comments:

Here's the link to the great talk that Rudy Simons gave to the Citizens for Peace on "War on Iran - Views from Israel, Iran & the U.S."  A big "thank you" to Kevin 'Mr. Peace' Szawala for recording the talk and putting it on You Tube.

http://www.youtube.com/watch?v=HYub5k-rhDQ
Posted by colleen mills at 10:33 AM No comments: